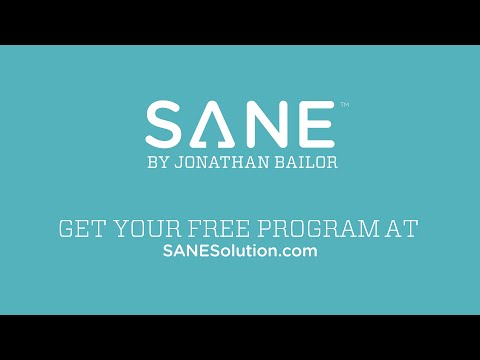 Jonathan Bailor: Hey everyone, Jonathan Bailor back with another bonus Smarter Science of Slim podcast. Certainly an interesting and insightful episode in store for you today because we are joined by none other than the editor in chief of Real Health magazine (www.realhealthmag.com), Kate Ferguson. Welcome to the show!

Kate Ferguson: Thanks so much, Jonathan. I’m so happy to be here.

Jonathan: Kate, I’m so happy to have you. It’s always fascinating to talk to people (such as yourself) who have been in this industry for many, many, many years and are in a position of power and influence, you see so many things. Before we get into the things you’ve seen, liked, and not liked, can you tell us a bit about your story – how you got to where you are today?

Kate: Ok. Before I came to this company, I was the editor in chief of Women’s Lifestyle magazine. Part of that content included health information. Unfortunately, it was just in a very limited way, it was about a page of health content. I’m a health and fitness fanatic, I’m always working out, so I really got involved in more health content and wanting to be able to share information with other people as to things I thought would be helpful to make people have a better quality of life – be healthier, happier, SANEr. I started to look around and I connected with Real Health. It’s a company called Smart and Strong in New York City that puts out this publication. Real Health magazine is their African American product. They have different brands, but they’re all health education related, so that’s how I came to be here.

Kate: Some of the major gaps that I wanted to see filled are – in the black community in particular, there’s a huge obesity problem and that was not really being addressed in any kind of meaningful way (I thought) especially with the women’s lifestyle magazines. There’s always information out there about how to drop pounds, but as far as connecting health and science and just coming at it from that type of angle, that was not there. I saw an opportunity and that’s what I wanted to do, so that’s the direction that I went in to.

Jonathan: Kate, have you seen in your work with Real Health mag a specific approach? What is the unique lens that you and your publication have applied to obesity in the black community in a unique fashion?

Kate: I think a lot of this has to do with policy issues, in particular. There are not enough fresh food and produce venues in African American neighborhoods. That’s one of the things that I saw that was not being properly addressed. In addition, the supermarkets that are in our neighborhoods, the way that they are set up, is very counterproductive to health. I mean, you walk in to a supermarket, the first thing that you might see perhaps are the chips, little cakes, and cookies – fast, junk foods. The produce, way back there somewhere in the dark where you can’t see it. That’s the type of thing that we’re looking at as far as having interventions where you’re having the city plan (or include in their plans) this type of approach, so that people can start to change behavior.

Kate: Which is key in getting a better quality of life through healthier means and message.

Kate: Yes. It’s a little too simplistic, Jonathan, to say ‘just eat less and exercise more’. There are certain changes that have to take place in people’s habits and behaviors in order for them to achieve the best results in this area. Just to say, ‘eat less,’ that’s a little simplistic (as I said) because you really have to eat to lose. That’s one of the things that you find out when you apply the science to healthy weight loss. There’s no such thing as eating less because if you eat less, your metabolism is going to slow down.

Kate: I’m not a doctor and I’m not trying to say that I am, but these are scientific truths that need to be applied to weight loss interventions that aren’t really being stated in the ones that you see popularly around in the media or in a magazine. It’s a little more than just ‘eat less and exercise more’, a little more than that.

Jonathan: Absolutely, absolutely. I think that message disrespects the context that we live in as well as the biology that underpins why we develop these chronic conditions. Kate, I’m curious, what have you seen as some of these lifestyle changes, or just in general – maybe they’re unpopular, but they work and they’re true?

Kate: I think, perhaps, that one of the things I see in general is if people would stop reaching for those sodas, those sugary drinks.

Kate: I’m here in New York City with Mayor Bloomberg and a lot of what he’s trying to do is not very popular. They’re putting a spin on getting rid of the sugary drinks that really shouldn’t be there. They’re kind of inflaming people’s passions, “Oh, you know, Big Brother is trying to tell you what to do – how dare he.” But, if you think about it like this (and I’ll leave this as an example) years ago, people didn’t have to wear seat belts. Then the law came in to effect as far as wearing seat belts or getting ticketed. Now when you go to your car, what is the first thing that you do? You almost immediately reach for your seat belt…

Kate: …and you click it in to place. This was not a very popular law at the time. Once people got used to it and you started to see the benefits that you reaped from paying attention to this law, it became second nature and people started to just do this as a matter of fact. So, I think it’s the same thing when you talk about interventions to control obesity. I think it needs to be given a chance and that’s what people aren’t doing. The food industry (in particular the sugary soft drinks) they’re making it an issue of controls being placed on your life, and that’s not really so. You need to place controls on your health and your well-being. This is more of what we should be thinking when we think of these laws, not this heavy-handed approach that the government is taking. It’s for your health. I think that will bear out over the years as we see what happens.

Jonathan: I can imagine some of people’s hesitation because that same other institution (aka our government) was the institution that told us, “Anything that contains fat is bad and we just should eat less.”

Jonathan: So, it sounds like it’s got to land on us in some sense because we seem to be getting it from all angles. What have you seen as some of the most successful approaches that individuals can take in this toxic environment where the government is telling us to eat less and the food industry is telling us to drink more sugar. What can we do as individuals?

Kate: What we can do as individuals is just take a long hard look at your body and how your body responds to certain changes. Just do a little experiment – if you want to say, “Ok, I’m going to see how what I put in to my body affects me.” Even just give it, let’s say, a good one week trial. You know? Get rid of the sugary drinks, start drinking more water or juices (or things of that nature – more natural products). See what happens, there’s nothing like experimenting on yourself. This will bring you to the decisions that you make – they’re your decisions. You’re not necessarily doing them because somebody passed a law or someone is trying to put you in to a marketing study, which is what these companies do. They do an exorbitant amount of research as far as knowing the right buttons to press to get people to reach for a certain food.

Kate: YOU take control of what it is that you eat, but do that for yourself. Do a little experiment and see exactly how these different changes, once you implement them into your program, you customize your diet for yourself, what happens. I think people will see what would benefit them best. If that’s in line with Mayor Bloomberg’s plea to get rid of those sugary soft drinks, then you know the reason behind it. You’re more apt to see that it’s relevant to your life and your health.

Jonathan: So, we’re trying these experiments, we’re taking control of our health. Kate, if I’m a mother or a father, I’m very busy, I’m living in a metropolitan area, time is tight, money might be a bit tight, and I’ve got some kids who I need to think about as well. What are some things I can do, in that context, to help my children live their best lives as well?

Kate: I think, as a parent, it’s really incumbent on you to go out and find the best foods for your family. The best is not necessarily always the fastest or the ones that are closest at hand. Fresh fruits and vegetables (if you go back even in to our own history) these are products that come from the earth, the land. These have always really worked best. A matter of time constraints that parents have to live and work under is what has undermined the eating habits. It’s turned everything topsy-turvy. I think we need to go back to traditional foods and ways of doing things to realize their benefits. Sure, it’s a sacrifice and there’s a little inconvenience to it, but you reap the benefits in terms of your family’s health, your health. I think that kind of balances things out in the long run.

Kate: Well, yeah, sure it does if you start thinking of it like that. In the long-term, your health is everything. If you don’t have that, you can’t do anything. So, you’re really going to be inconvenienced, if you’re not a healthy person, in the long run – if you think about it. What you do today that can alleviate that suffering tomorrow, it’s kind of a no-brainer, that is what you do, that’s what you have to chose to do. I think if more people begin to see it that way instead of the short-term inconvenience versus the long-term inconvenience, I think they would make the right decisions.

Kate: Thank you, Jonathan, for having me. I appreciate it.

Jonathan: Listeners, I hope you enjoyed this week’s show as much as I did. Please remember this week and every week after, eat smarter, exercise smarter, and live better. Talk with you soon.