Is Sugar The New Smoking? 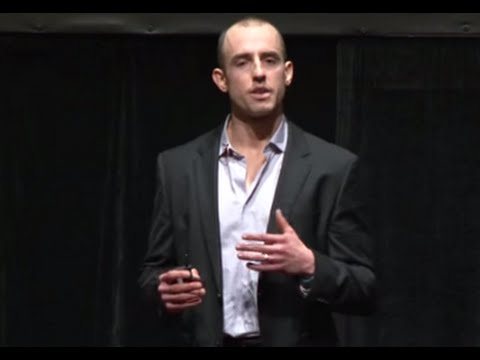 Is Sugar The New Smoking?

I was obsessed with Superman

And I also had no shame

While I was growing up, there WAS a REAL super man who changed my life forever

This is my grandpa…a 2nd generation American without a high school education who worked in a factory his whole life so that all 4 of his children could go on to get masters degrees. He was a real super man … at least until he faced a super villain: diabetes

The next time and last time I saw my Grandpa he had his leg, but according to his wishes, the diabetes induced sepsis which caused his desperate cries took everything else from him. That last view of my super man was him pale, still, and lifeless laying in an open casket, defeated by diabetes.

While Grandpa’s light went out, his suffering lit a fire inside of me because I came to quickly find out that he’s not alone … not at all…

Did you know that about one in every four of us is afflicted with diabetes or pre-diabetes? To put that in perspective, 100 years ago, only one in 4000 people was afflicted with Diabetes

To further put this perspective, let’s compare it to another health supervillain: tobacco.

In the US, Tobacco related healthcare costs are $90BILLION per year

That’s bad, However The healthcare costs tied to diabetes are $140B per year…$50B GREATER than all of tobacco PER YEAR!

And while this may seem bleak, if we free ourselves from the obsolete nutrition theories that got us here, and instead celebrate modern science, just the opposite can be true.

Let’s go back to the smoking comparison: Decades ago researchers revealed the simplest way to avoid lung cancer: Avoid Smoking

They didn’t tell us “smoke in moderation” or “smoke smaller cigarettes” or “smoking is harmless as long as you jog more” they simply said: Avoid Smoking

Now consider this along with Researchers recently studying 175 countries and discovering the simplest way to avoid diabetes: Avoid Added Sugars

Is added sugar the new smoking?

And if so, what would we do differently? For instance, How would you treat soda, candy, and juice when it comes to your kids? How would you treat yourself when it comes to eating disorder inducing calorie counting calculations like skipping breakfast & lunch to “save calories” so that some point system says it “ok” to spend them later on added sugars?

And bottom Line: Is this analogy empowering as hell?

Because IF added sugar is the new smoking, do we already have proven anti-smoking inspired paths to save 1 in 4 of us …and could these proven policies end the health care crisis by doing away with the tobacco-dwarfing economic toll of diabetes

if added sugar is the new smoking, can you see how to immediately start healing and protecting yourself and as well as your loved ones, and how i could have saved my grandpa’s life?

Finally, if added sugar is the new smoking, and we let the tragic global impact of the problem and simplicity of avoiding soda, candy, and juice light a fire inside ALL OF us, can we become real super men and real superwomen… because today, we can save the world. And Get Started For Free

the emphasis on total fat reduction
Scroll to top