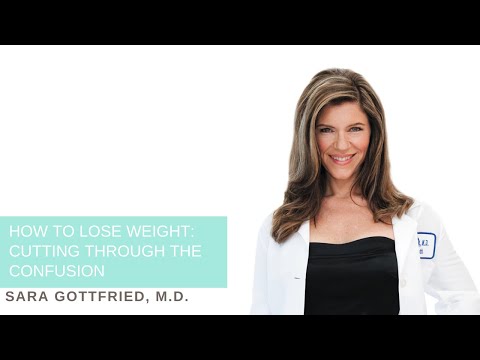 Jonathan Bailor: Hey everyone back with Dr. Sara Gottfried. And, Sara, when we finished chatting last we were talking about how we need to have — obviously there’s universal truths. Obviously all eyeglasses that are effective work basically the same way. But I can’t take my glasses off, put them on your face, and expect them to work. There’s some level of individual variance. Now, I’m curious what’s your thoughts because it seems the more someone actually knows about nutrition and neurobiology and endocrinology, the less sure they are about anything other than basically saying non-starchy vegetables, nutrient dense protein, whole food fats, and low fructose fruits are good for you. Other than that they’re like, well it kind of depends. But it’s the people that are these draconian like, this always works for everyone that seem to get the most headlines. But it seems like to think that, they must not really understand everything.

Dr. Sara Gottfried: Well, I would agree with that. I mean I think it’s completely confusing the amount of conflicting information out there. If you get 100 nutritionists in the room and you ask a question — eggs, yes or you’re going to get 100 opinions. Fifty are going to say yes, 50 are going to say no. It’s just incredibly confusing for the consumer. So I hope that we can simplify things starting today, Jonathan. How do you simplify? How do you individualize and make this make more sense?

Jonathan Bailor: Well, one of the simplifications, Sara, is I think just how do we know who to trust. And a rule of thumb I’ve seen because this seems true in a lot of areas of life, when an area of life has a lot of nuance if you find someone that says the only way that works is X that person is probably wrong.

Jonathan Bailor: Exactly. So I mean I think — but that’s one very clear rule we can use is it’s very attractive to jump on to these groups or band wagons that seem so certain. But I think in areas like this in areas of nutrition, neurobiology, endocrinology, genetic variance that anyone who claims certainty is really someone who’s just waving a flag around that says I don’t actually know what I’m talking about.

Dr. Sara Gottfried: I think that’s true, I think that’s true. If I think of the people who I really listen to besides you Jonathan because I always listen to you, I think about people like — I’m just looking at these books that I have — like Joel Fuhrman. I’m a big fan of Joel Fuhrman. Gary Taubes, I think he is excellent at really looking at the evidence and saying, you know what, that whole thing that we’ve been buying for the past 20/25 years that fat is the problem, it’s BS. It’s refined carbohydrates that we need to get out of our food plan so I agree. I think that when you start to say this is the only way, you need to be very suspicious of that. When you have someone who says, here’s the evidence and here’s what I believe based on the evidence which is what I really hear from Gary Taubes, I listen to that and I agree with his synthesis.

Jonathan Bailor: So, Sara, both of those people — actually those are two of my favorite influencers in this entire arena. I’ve had the pleasure to speak and work with both. And Joel for example, Joel had the courage to write an article that said something along the lines of, you don’t need to be vegetarian to get the health benefits of being a vegetarian or something like that. And just to even write that was so risky for him because people are so quick to be just like, oh no vegetarian yes, or low carb yes. But if you look at what Joel does, Joel just says bottom line, let’s create criteria by which we should evaluate food. If we can agree on that criteria, we can kind of end this debate. And I think it’s so much of this nutrition conversation, there is no agreed upon criteria by the people who are debating. Therefore, there will never be a resolution because if you and I aren’t on the same page of what makes a food healthy in the first place how could we ever agree.

Dr. Sara Gottfried: I think that’s true. I think we should do a whole session just on Joel Fuhrman so that people can understand that further. His ANDI index that he uses to define the nutrient density of foods I think is very powerful and it’s a reminder on a daily basis that you need to eat your greens, kale, dandelion greens, chard. It should be at the top of the list as it is at the top of his ANDI list. So let’s do another session on him. I think that would be really helpful for people.

Jonathan Bailor: Sara, let’s just do that next. Let us celebrate Dr. Joel Fuhrman and all his nutrient glory. Folks, we will be back and we are just going to talk about how awesome Joel Fuhrman is.

Boil This, Not That